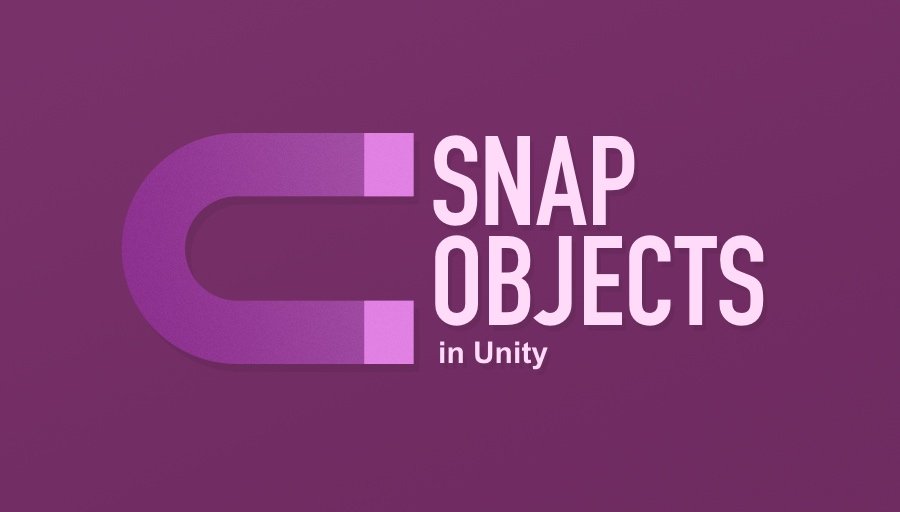 Snapping objects inside the editor in Unity, while you’re working on your game, is generally quite straightforward.

But what if you want to snap objects in-game in Unity?

For example, how can you snap an object’s movement to a custom grid?

How can you snap an object to an exact position whenever it gets close to it?

And what if you want to snap objects together by their edges, making it easier for the player to align objects inside of the game?

While Unity provides convenient methods of snapping objects in the editor, you’ll need to build your own snapping functions to create similar, in-game, mechanics.

Because in this article you learn everything you need to know to get started with in-game object snapping in Unity.

How to Snap objects to a grid in-game in Unity

There are two basic methods for snapping an object’s position to a grid in Unity.

Which method you use depends on the size of the grid you want.

Here’s how it works…

Snapping an object to a grid in-game in Unity can be fairly straightforward.

Typically, it involves rounding the position of an object, which is normally made up of 3 float values, to whole numbers instead.

This works by setting the object’s position to a new Vector 3 that takes the X, Y and Z float values of the Target Position (which is where the object is meant to be) and rounds each one to the nearest whole integer using the Round function.

As a result, the object moves in whole number increments, snapping it to a grid.

Snapping can be useful for moving objects on a consistent grid.

The same method can be used to snap some values to a grid, but not all.

For example, you could round the X and Z values, which would lock an object’s movement to units on the forward and horizontal axes, while leaving the Y value, the object’s height, alone.

Snapping from a Target Position

In many cases, to snap an object to a grid, you’ll need two different position values, the position of the object that you’d like to snap, and a Target Position, which isn’t affected by the snapping function.

The Target Position’s value is then rounded to create a new, snapped position, that can be used to set the object’s actual location in the world, placing it on a grid.

This method is an easy and convenient way of snapping an object’s position using Unity’s existing unit grid.

But what if you don’t want to use a 1 unit scale?

What if you want to snap an object to a custom scale?

Rounding position values to whole numbers is a straightforward way of snapping to a grid in Unity.

When snapping an object using the rounding method, you’re forced to use Unity’s existing 1 unit scale.

Which, if that’s the grid size you want, isn’t a problem.

But, if you want to use a custom scale for your grid, you’re going to need to use a different method to do it.

So how can you create a custom snap grid, in-game in Unity?

Snapping to a custom scale at runtime works in a similar way to the rounding method except that, instead of rounding to the nearest whole number, you’ll need to round to a custom unit instead.

Once you’ve decided what the unit size should be, you can use it to round a position value down to the nearest grid multiple.

This works by using the Modulo Operation (%), which is a mathematical function that returns a remainder, after division, of one number by another.

Modulo returns the remainder of a value that doesn’t make up an exact unit.

Which, in this case, allows you to find the difference between a position value and what it would be if you rounded it down.

Subtracting the difference from the real position value basically rounds it down, allowing you to round any value down to a custom unit size.

However, if you’re snapping an object to a grid, it’s likely that you’ll want to round the object’s position value to the nearest grid unit instead, which might be the next unit up, if that’s closer.

To round to the closest grid value, simply add one extra unit to the position if the difference is more than half of a unit.

This technically still rounds the value down but does so from a higher value, which is the same as rounding up from the original position.

This method can then be used to round each of the float values that make up a Vector 3 position, snapping it to a grid.

Here’s how it looks all together:

Grid snapping in the editor

While you’ll need to set up your own custom grid to snap objects in-game, snapping in the editor is, in comparison, very straightforward and makes it easier to place objects evenly in your scene.

To use grid snapping in the editor, simply hold the Control or Command key while moving an object with the Move Tool.

More about snapping in the editor can be found in Unity’s official documentation here.

While these methods work well for snapping an object to a standard, or even non-standard, grid, you might want to use snapping in Unity for different reasons.

For, example, you might want to use snapping to guide an object to a target position when it gets close enough.

Such as snapping a key into a lock, snapping an object to another using one, or many, points of contact, or connecting the edges of two objects if they’re close enough.

So how can you use snapping to join objects together in Unity?

How to Snap objects together in-game in Unity

There are several ways to snap objects together in-game in Unity.

Which method you use depends on what it is you’re trying to do.

For example, the method of guiding an object to a single position is different to snapping multiple objects along their edges.

While the methods of snapping are different depending on the mechanic you’re trying to create, the general approach is similar between all of the methods.

Which can be used to check if the Target Position, which is usually controlled by the player’s movement or mouse input, is close enough to a snap point to snap the object to it.

Then, if the object’s Target Position moves away from the snap point, the object is released.

If the Target Position, in this case the mouse, moves far enough away from the snap point, the object stops snapping.

This works well for snapping an object to a single, known, point of contact.

However, how can you snap an object to one of a number of possible snap points, such as connection points on an object, or different snap positions in a scene?

How to snap objects together in-game (using multiple snap points)

It’s possible to snap objects together, using multiple possible snap points, by storing the points of contact in a List.

For example, you could store a reference to the Transform components of several game objects in the scene, where each object is a possible snap point.

The list of possible positions can then be checked against, to see if an object is close enough to snap.

This works by checking all of the positions in the list of Transforms to see which, if any, are within range of the object’s Target Position.

If a position is close enough to snap, the Smallest Distance variable is set, which then becomes the new distance value to beat.

If any other positions are closer, they will be picked instead meaning that, if more than one position is within range, the closest one will always be returned.

Checking against a List of Transform components can be a useful way of snapping to a handful of possible positions.

This method is relatively straightforward and can be useful for checking multiple snap positions easily.

However, checking the distance of many objects in this way can be inefficient.

This is because the Distance function uses the Magnitude property to calculate the length of a vector between two points.

The Magnitude property can be slow, as it uses an expensive Square Root calculation.

Which is useful for measuring distance, but isn’t necessary for comparing it.

The Square Magnitude property, in comparison, can be much faster and is essentially the same as Magnitude, but without the Square Root calculation.

Which is useful for comparing distances more efficiently.

Using Square Magnitude can make distance calculations more efficient, which is useful for checking against multiple snap points when using a simple grid isn’t an option.

But what if you don’t want to snap an object to a fixed position?

What if you want to snap objects together along their edges?

How can you create a kind of vertex snapping in-game in Unity?

How to snap objects together in-game (using edge snapping)

The Closest Point function returns a position on the surface of a Collider that’s closest to another position in the world. 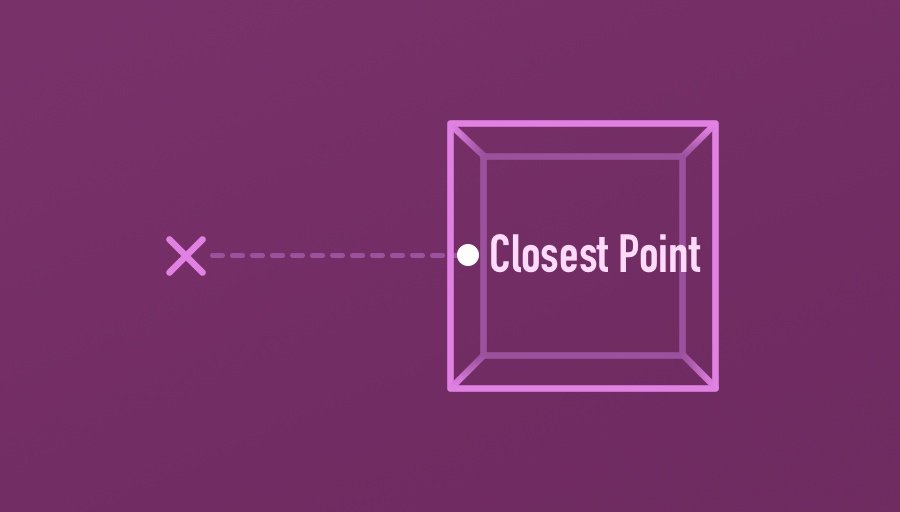 Closest Point gets the position on a Collider that is closest to another position in the world.

Which can be useful for detecting how close together two objects are.

For example, I could find the closest point between a snappable object’s Collider and another object that it might snap to.

Then, once I have both positions, I can calculate the offset between them, allowing me to check if the object is close enough to snap.

The result is basic snapping along an object’s edge, where the object will snap to the target object if it gets close enough to it.

How are you using snapping in your game?

What techniques have you used to snap objects together in Unity?

And what tips have you learned about snapping that you know others will find useful?