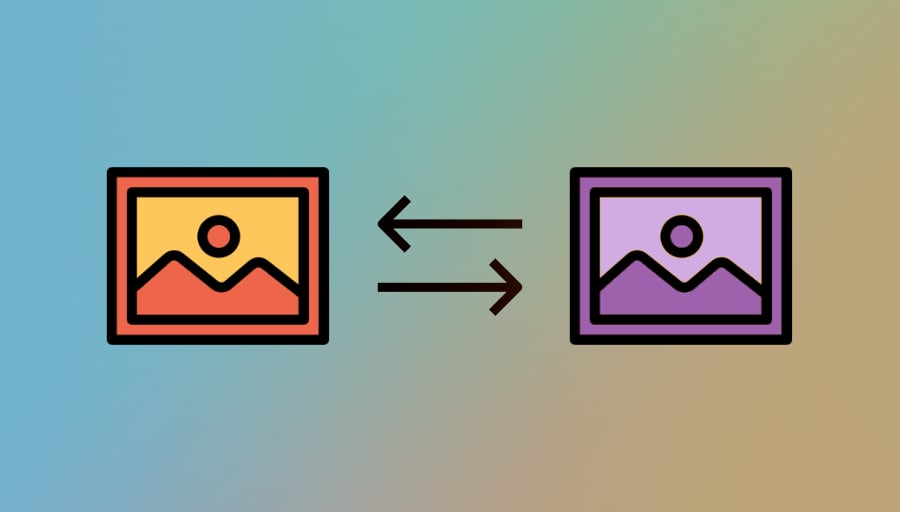 Although it’s a simple thing to do, changing a Sprite at runtime in Unity is a question that’s asked surprisingly often.

This may simply be because each developer’s specific needs are different, so it’s not always clear which method is the best or is the most efficient.

However, if you’ve ever tried to load all of the Sprites from a Sprite Sheet into an array from a script, or if you’ve tried to load a Sprite by its filename, what appears to be a simple task can quickly become confusing.

There are several different uses and multiple methods available for changing sprites at runtime. So I’ve done a little digging and will be exploring each of them, along with their benefits and drawbacks, so that you can more confidently choose which one to use.

Let’s start with the basics…

How to change a Sprite from a script in Unity

To change a Sprite from a script in Unity, create a reference variable to hold the new Sprite. Then set the Sprite property of the Sprite Renderer Component on the Game Object you wish to change to match the new, replacement Sprite.

In the inspector select the new Sprite that you want to use by dragging it into the field or by using the circle select button.

Select the new Sprite by dragging it into the field or by using Circle Select.

Make sure to also set the Sprite Renderer reference in the Inspector, otherwise you’ll get an error.

Alternatively, if the script is on the same Game Object, you can easily get it by using Get Component in Start.

Then, when you want to change the Sprite, just call the Change Sprite function.

Like in this example if the Left Mouse Button is clicked:

The example will easily change a Sprite Renderer’s existing sprite to use a different one instead. But what if you want to change to one of a number of different Sprites?

What if you have multiple Sprites, such as Slices stored in a Sprite Sheet, and you want to switch to one of them, or all of them in order, or a random Sprite, all from a script?

How to change a Sprite from a Sprite Sheet in Unity

Changing a Sprite to another image from a Sprite Sheet can be done using a similar method as changing a single Sprite.

What’s different is that, in this case, the method of loading the Sprites is different, as you’ll be storing multiple Sprites in an array and retrieving the one that you want with an index.

Creating a Sprite array is simple, just add brackets to the Sprite variable to declare it as an array.

Next we need to add the Sprites to the array.

There are two main ways of doing this. We’ll start with the simplest method first, which is the manual method.

This method works in much the same way as changing a single Sprite, by manually dragging the Sprites to your array in the Inspector.

Drag multiple Sprites to the Sprite array to automatically add them.

It helps to lock the inspector window when doing this, as it’s very easy to accidentally switch to the import settings of the file you’re trying to drag across.

Locking the Inspector makes it easier to add Sprites to the array.

Once the Sprites are loaded into the array you’ll be able to retrieve them using their index, like this:

Simply pass in the array element number in the square brackets that corresponds with the Sprite you wish to switch to.

To check which Sprite is assigned to which element, click the array dropdown in the Inspector.

When to use the manual method

The Manual Method is the simplest way to switch between multiple Sprites and is ideal if you are able to assign the sprites you’re going to use manually in the Inspector. For example, when using a Prefab.

But, what if you want to access Sprites entirely from scripting, without getting a reference to them first?

Well, as it turns out, there is a way to access Sprites from a script by their filename automatically.

The Automatic Method allows you to access individual Sprites, or even a set of Sprites from a Sprite Sheet, without needing to get a reference to them in the Inspector.

Instead, by using this method, you will be able to load Sprites into a Scene with their filename from the Resources folder, a special folder that Unity will automatically load assets from (even if they’re not referenced in the Scene).

Normally, this is not how Unity works, as assets are usually identified by assigning references to them (as is the case in the Manual Method). As a result, using this method comes with a few words of caution (more on that later) but, if it works for you and your project, and you understand what you’re doing, here’s how to do it.

Add a folder named Resources anywhere in your Assets directory.

Instead of manually adding the Sprites to the array, we can now, instead, load all of the Sprites associated with a Sprite Sheet by using Load All.

In the example above I’ve loaded every file of the type Sprite found in the BirdHeroSprite Texture, which is essentially a directory from which all the Slices are loaded.

While extremely useful, the Resources folder should be used with caution.

Reasons you shouldn’t use the Resources folder

Despite offering a useful option for loading assets, using the Resources folder is, generally, not recommended, as it’s not good practice.

The main reasons you should avoid using the Resources folder in Unity include:

So, while more experienced developers will no doubt understand the risks of using this special folder, and will be able to work around issues like these easily, it’s worth knowing that the general advice is not to use the Resources folder wherever possible.

If the Resources folder isn’t recommended, then why does it exist? And what’s the right way to use it?

When it’s OK to use the Resources folder

According to Unity, there are a couple of use cases for which the Resources folder is particularly useful:

So what can you do if you want to load a Sprite by its filename, without using the Resources folder?

Well, what if I told you that there is an option that leverages the flexibility of the Resources folder but without the potential drawbacks.

This method requires a little extra work to set up, but it allows you to load assets into a Scene with a filename and without the drawbacks of the Resources folder.

What are Addressable Assets in Unity?

How to change a Sprite from a Sprite Sheet in scripting using Addressable Assets in Unity:

The asset is now Addressable and can be accessed from a script without a reference.

Depending on your version of Unity, the path that is assigned to the asset may continue to match the string that was being used for the Resources folder value (e.g. BirdHeroSprite, without a folder path or a file extension).

However, if you’re getting an Invalid Key Exception error be sure to check that the Addressable Path (displayed next to the asset’s Addressable Checkbox) matches the value you’re using in the script.

How to access Addressable Sprite Assets from a Script

Now that the Sprites are addressable it’s possible to load them from a script, without a reference. Here’s how to do it:

First, add the following two namespaces to the top of the script. These are required for the Addressable features and loading operations to work properly.

You can add them below the existing namespace declarations, using UnityEngine etc.

Next we need to load the Sprites from the Sprite Sheet, just as we did when using the Resources folder.

This happens in two steps:

Instead of setting the contents of the array directly, what’s happening here is we’re starting a loading operation and creating a reference to it (the AsyncOperationHandle). Then when the loading is finished, we’re assigning the result to the Array, using the Handle reference to look up what was loaded.

Doing it in this way allows time for the assets to load.

Registering the function LoadSpritesWhenReady to the spriteHandle.Completed event means that, as soon as the assets are finished loading, the function will be called and the Sprites will be assigned to the Array.

While this part of the method could be done in several ways (inside a Coroutine for example), using an action like this avoids having to repeatedly check in Update, which would inefficient, especially since we know it’s only going to happen once.

A comprehensive guide of the Addressable Asset system is beyond the scope of this article but you can view the full Unity documentation here.

Now that you’ve loaded the Sprites into the Array, it’s time to put them to good use.

How to change a Sprite from an array (3 examples)

Once the Sprites are assigned to the array, you can change the Sprite Renderer’s Sprite property using the same function as in the first example. Simply pass in the name of the array and the index of the Sprite.

For example, to switch to the first Sprite in the array would look like this in scripting:

Or, if you want to switch to a random Sprite simply pass in a random number between zero and the length of the array. Like this:

Lastly, if you want to cycle through each sprite of the array, create an Integer variable to store the last Sprite index. Then increment it every time you change the Sprite:

You’ll notice in the example above that I’ve added an If Statement. This is to check if the index number has reached the end of the array. This is important as trying to retrieve a Sprite outside of the array’s range will result in an error.

Now that you know a bit more about changing Sprites, how will you use what you’ve learned?

Or perhaps you’re still looking for a different method for changing Sprites?

Or maybe you know of a much better method for managing Sprites and are already using it in your game.